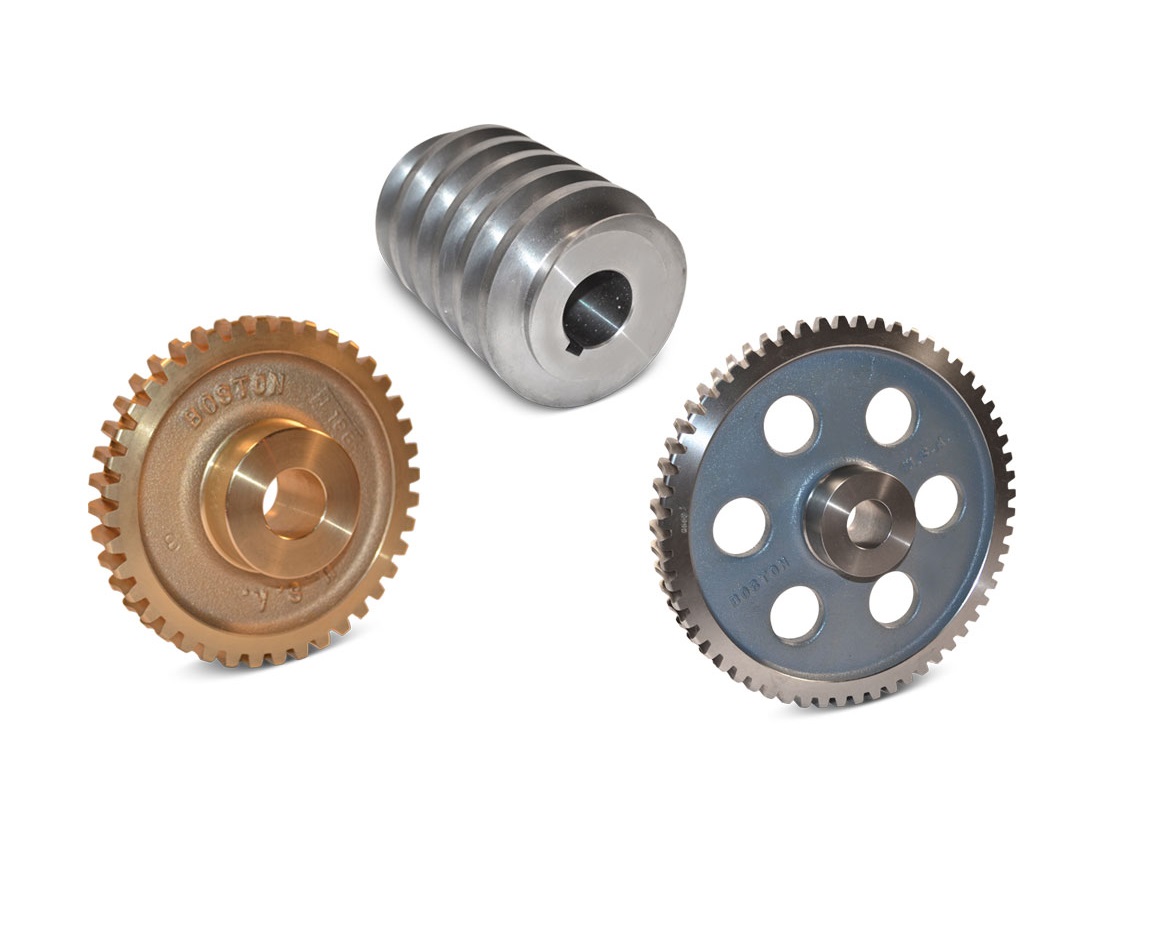 A Gear is a rotating machine part with cut teeth or cogs, which mesh with another toothed part to transmit torque. The gear that is supplied unassembled is referred to as open gearing. Open Gears are grouped into 5 design categories: Spur, Helical, Bevel, Hypoid, and Worm.

A Gear Rack (a rack and pinion) is a type of linear actuator comprised of a pair of gears that converts rotational motion into linear motion. These products are used in machine tools, lift trucks, power shovels, and other heavy machinery.

We work closely with the leading manufacturers to provide gearing solutions to meet the requirements of your unique applications. 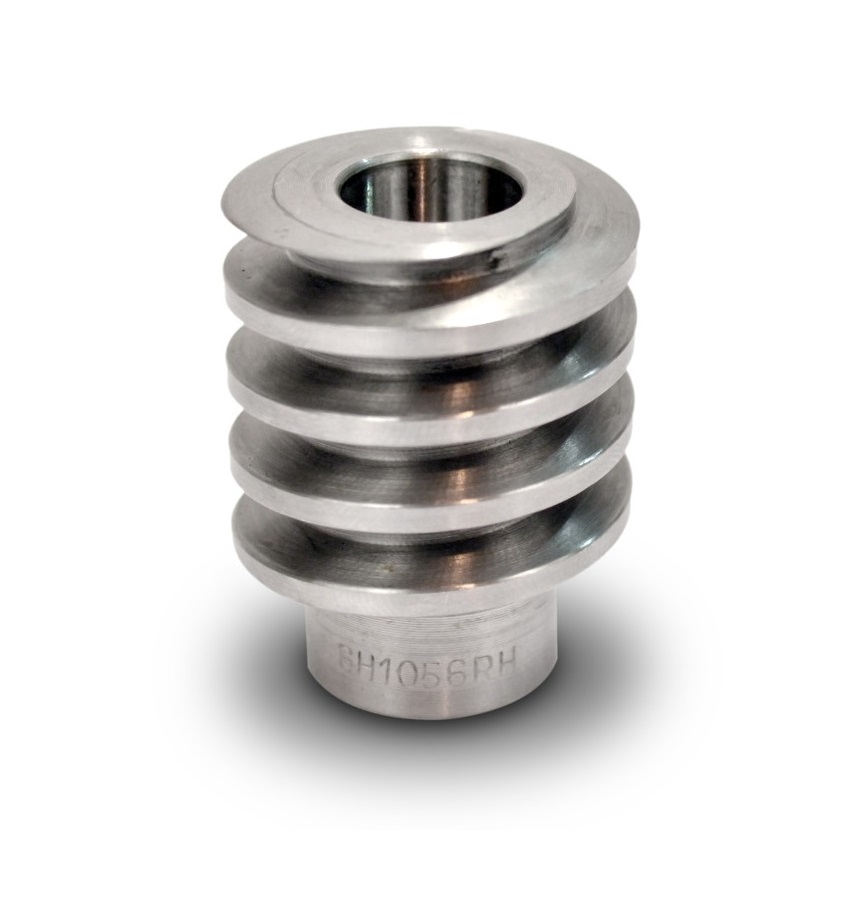 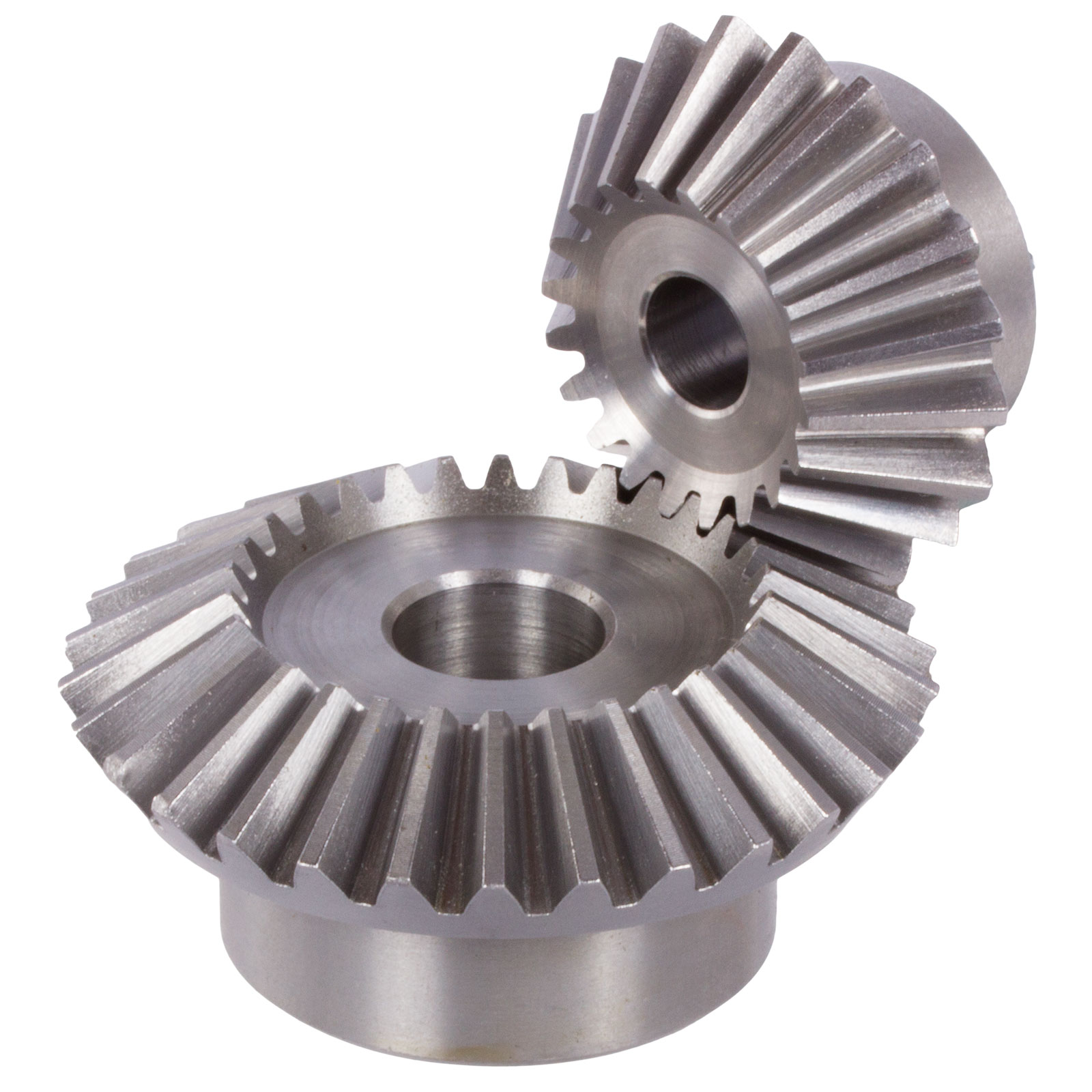 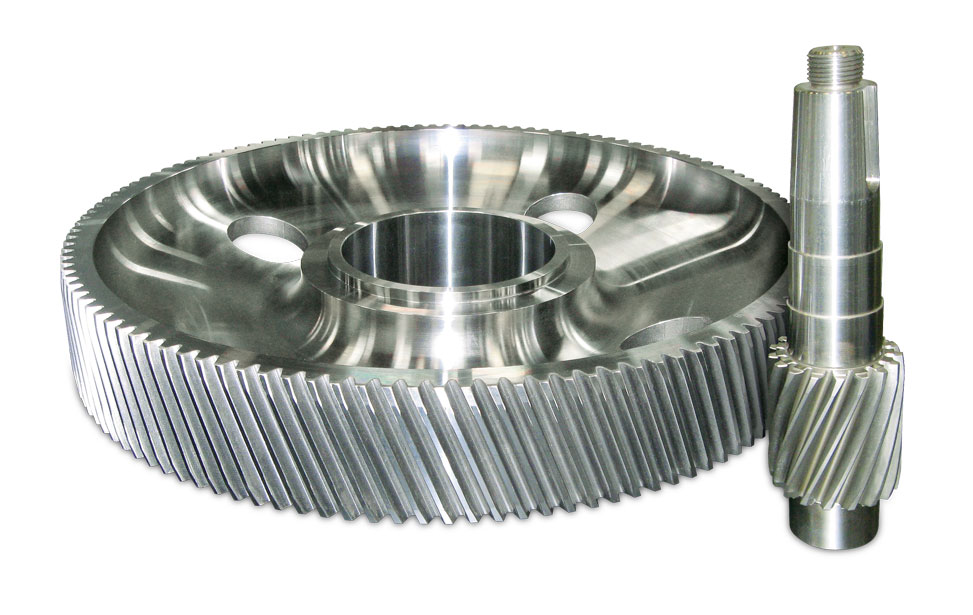 A gear is a rotating part of a machine that has cut teeth, which mesh with another toothed part to transmit torque. Transmission is when two or more gears work together to produce a mechanical advantage. The most common application is that a gear meshes with another gear; however, sometimes, a gear can mesh with a rack to produce translation motion instead of rotation.

Generally, gears are grouped into five categories: spur, helical, bevel, hypoid, and worm. The efficiency, speed, and shaft orientation determine which gear to use for a specific application.

A spur gear consists of a disc with the teeth projecting radially and aligned parallel to the axis of rotation. Because of the radial projection of the teeth, there are no axial loads on the shaft. The teeth mesh with a sliding and rolling motion when the gears rotate. A lubricant should be applied to prevent wear of the sliding motion. Spur gears are mainly used in small conveyors, farm machinery, automotive, and package handling equipment. Spur gears are the most common and used gears because they lack end thrust, low cost, and low maintenance.

A helical gear consists of teeth oriented at an angle to the shaft's axis. Unlike the spur gear, more than one tooth is in contact when operating, which allows the helical gear to carry more load and have a smoother/quieter operation. Helix angle can range from a few degrees to 45 degrees, but the tooth bending-load capacity decreases at big angles(greater than  20 degrees).

A worm gear consists of a cylindrical worm that meshes with a larger gear. The worm gear transmits power through right angles on non-intersecting shafts. The worm needs several revolutions to drive the large gear through a single revolution. Worm gears produce thrust load and are suitable for high shock load applications but offer low efficiency. Worm gears are primarily used in small conveyors, farm machinery, and package handling equipment.

A bevel gear transmits power between shafts with axes that intersect at 90 degrees, but also it can be used on shafts oriented at other angles. Bevel gears produce a thrust load on both shafts and have teeth cut out on an angular or conical surface. Bevel gears are generally more expensive and cannot transmit as much torque per size as other gears. Bevel gears are primarily used in medium to large conveyors, water treatment, crushers, and mixers.

A hypoid gear consists of a pinion positioned in a different plane than the gear, and the shafts are supported by the bearings on both ends of the shaft. A hypoid gear operates on shafts with centerlines that don't intersect. Also, hypoid gears can tolerate high shock loads and operate relatively smoothly and quietly. These gears are mainly used in automobile rear-while-drive differentials, small mixers, and conveyors.

A gear rack consists of a rack and pinion and converts rotating motion into linear motion. The pinion is a circular gear that engages its teeth on a linear gear called the rack. The rotational movement applied on the pinion leads to the movement of the rack, which concludes the translation of the rotational motion into the linear movement of the rack. Gear racks are divided into straight tooth racks and helical tooth racks, but both have straight tooth lines. The gear rack is mainly used in lift trucks, power shovels, machine tools, and many other heavy machinery.