In general, electric motors are designed for continuous rotation, or for linear movement over an essential distance compared to its size.

If you have any questions write us via live chat, (one of our team members will answer your questions), give us a call or send us a quote request. HVH team is always ready to help you. 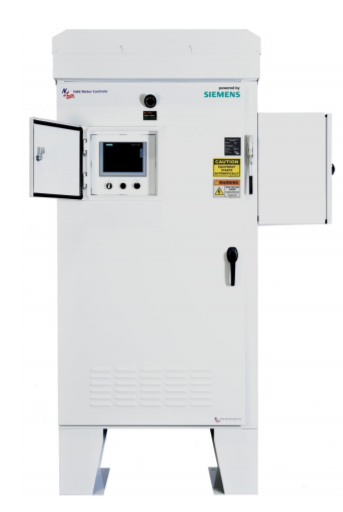 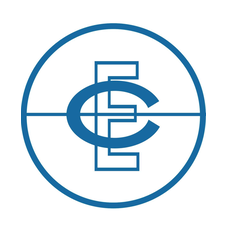 Electric motors are the workhorse of the transmission industry, and that's a fact. It converts the energy received from electricity into rotational motion for use in homes, industries, and just about anywhere. All motors share certain characteristics, and these must be identified when specifying them.

There are two main classes of electric motors: those that run on alternating current, called AC, and those that run on direct current, or DC. Types of alternating current include single-phase and three-phase, which is also called multi-phase. DC types include a permanent magnet, shunt wound, series wound, and compound wound. Other designs include servo, step motors, etc.

The electric motor works on the principle of electromagnetic induction - the physical process of generating electric current in a closed circuit, subject to a change in the magnetic flux moving through it.

The first electric motor according to this principle was created in 1821 by the British scientist Michael Faraday and was a loose steel wire that was immersed in a vat of mercury, where an eternal magnet was installed in the middle. Under the influence of electrical action on the wire, the latter formed a cyclic magnetic field around itself, which made it rotate around the magnet.

Later, the principle of operation of an electric motor (electromagnetism) was brought to mind by the Russian scientist B. S. Jacobi. He was the first in 1834 to be able to invent a technical device that was able to create a circular rotation, which gave rise to mechanical devices set in motion. Developing this idea, Jacobi achieved an increase in the power of his first prototype electric motor from 15 watts to 550 watts.

In 1839, the electric motor of this genius was able to develop 1 horsepower, which made it possible to move a boat weighing about a ton along the river against the current.

What it consists of: The main parts

The design of any electric motor is based on the presence of two most important elements - the fixed part “stator” (“inductor” for DC motors) and the moving part “rotor” (“armature” for DC machines). Under the influence of electric current on the stator windings, a rotating electromagnetic field is generated, under the influence of which on the rotor winding and thereby causing an induction current, makes it rotate in a certain direction. This process is explained by Ampere's law: an electromotive force acts on a live conductor embedded in an electromagnetic field zone. Electric motors differ in the rotor (armature) speed parameter, which depends on the number of pairs of magnetic poles and the frequency of the mains supply voltage.

You can check the image below to visually understand which part is where.

The other parts that we didn't mention are the terminal box, stator winding, and shaft. The terminal box is a protective device for an electric motor. The stator winding consists of three single coils stacked at 120 degrees relative to each other. The shaft converts energy from the motor into the end-use application. It is an important and main part of any type of electric motor.

An Electric Motor is an electric device that converts electrical energy into mechanical energy. It is designed for permanent rotation or for linear movement over a substantial distance depending on the size. They operate in the following principle:  a current-carrying conductor produces an electromagnetic field that may be tightened or warded by another electromagnetic field. There are a wide range of electric motors worldwide, but their difference is the method used to create the magnetic field and control the current.

Electric motors are more efficient to be used in industry than any other electrical machine. They are lighter, smaller, mechanically simpler and cheaper to build, more durable and reliable, provide instant and resistant torque at any speed, and do not emit carbon into the atmosphere. That is why the electric motors are very convenient products in various inside and outside applications. They are available in National Electrical Manufacturers Association (NEMA) and International Electrotechnical Commission (IEC) versions, which are separated into the following types:

AC motors are motors that are powered by alternating current sources, such as power grid, inverters, or electric generators. They are available in single-phase and three-phase versions. Single-phase means that only 1 V waveform is applied to the motor. Single-phase motors supply 115 V or 230 V power that are generally used in our homes and small factories. Three-phase motors supply 460 V, 575 V or higher voltages and are particularly ideal for heavy-duty equipment. AC motors consist of two main parts: the rotor and the stator, where the stator creates a magnetic field and causes the rotor to rotate.

An Induction Motor / asynchronous motor is the simplest and the most robust structured AC motor in the motors world. It works by induction principle where an electromagnetic field is induced into the rotor when the rotating magnetic field of the stator carves the fixed rotor. We call the motors asynchronous because they operate with less speed than their synchronous speed. That is the rotational speed of the stator’s magnetic field. Induction motors are available in single-phase, three-phase and split-phase versions.

DC motors are powered by direct current sources, as the name implies. Direct current does not change the direction and always moves in the same direction. An excellent example of DC current is a battery with its two plates: anode (+) and cathode (-) separated by an electrolyte. The electrolyte creates a chemical reaction making the electrons move from anode to cathode inside the battery. Although they are more complex and require more maintenance than AC motors, DC motors can operate at adjustable speeds when connected to relatively simple controllers.

Servomotor is a special class of motor that has low inertias and high response. It consists of a motor coupled to a sensor for position feedback. The motor allows the motor to accelerate from zero to full speed in milliseconds. They are designed for the most challenging environments, able to operate under extreme temperature conditions,  for rapid-reversing and precision-positioning applications, such as inspection equipment, machine tools, packaging machines, and pick-and-place applications.

Now let's talk about the specific use of specific electric motors.

Inventor of the Electric Motor: The history

Various scientists have been trying to create an economical and powerful engine since the first half of the 19th century. The basis was the discovery of M. Faraday, made in 1821. He discovered that a conductor placed in a magnetic field rotates.

Based on this, in 1833 the inventor Thomas Davenport was able to design a DC motor, and later, in 1834, the scientist B.S. Jacobi came up with a prototype of the modern model of a rotating shaft motor.

A device more similar to modern units appeared in 1886, and to this day the electric motor continues to improve. Nowadays there are many types of electric motors, but these discoveries were key to the further development of motors.

HVH Industrial Solutions is a distributor of electric motors (and not only) located in New Jersey, USA. Our company works with such popular motor manufacturers as WEG, Elektrim, Toshiba, MGM, Aurora Motors, etc.

Our company works closely with these popular brands and offers the best prices. You can check our catalog or simply send a quote.

You can find various types of electric motors on our website. You can check the catalog for Pump, Severe Duty,  Brake, and General purpose motors. All motors are introduced with their main specifications, so you can find the right one which you need.

You can also search for motors by their standards.

NEMA and IEC standards for motors

Like many other industrial products, electric motors also have standards. North American motor standards(compiled and published by NEMA) are consensus standards and are generally accepted within the United States, Canada, Mexico, and other countries using 60 Hz power.

However, for companies exporting machinery and equipment outside of the US and Canada, motor specifiers must be familiar with standards such as IEC.

IEC standards are adopted by the convention and have the force of law in the European Community.IEC standards are also adopted by consensus (not legally binding) in regions outside the EEC where 50 Hz power is used. This includes sections of Eastern Europe, Africa, and portions of Asia.

IEC motor standards differ in many ways from North American standards. This includes:

Now let's talk about electric motor facts. As we already mentioned, there are two main types of motors: AC and DC motors. Here are 10 facts: