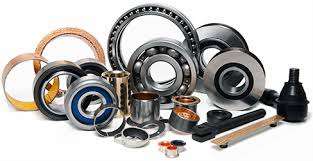 A bearing is a machine element that constrains relative motion only to the desired motion and reduces friction between moving parts. Bearings are available in two main types: ball bearings and roller bearings.

We offer a wide range of bearings such as ball, cylindrical, spherical, needle, taper roller, thrust, flange mounted, pillow block, plain, take up, insert, self-aligning, and many other types of bearings.

If you have any questions, write us via live chat, (one of our team members will answer your questions), give us a call, or send us a quote request. The HVH team is always ready to help you. 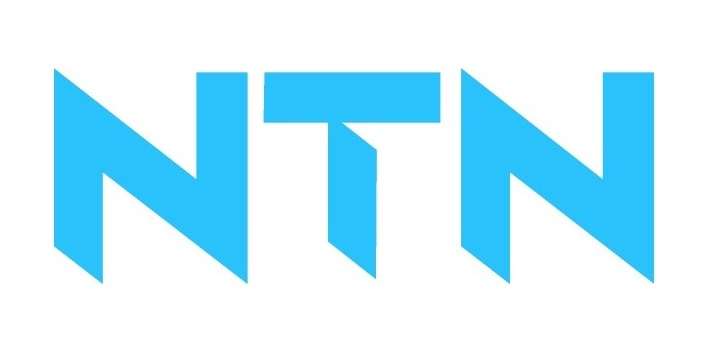 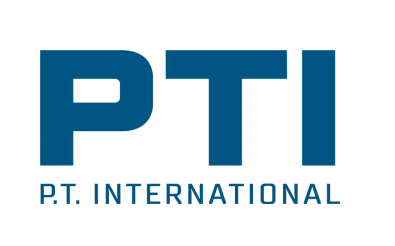 A bearing is a machine element that permits a rotary motion and transmits power between machine parts. They are designed to help relieve friction between mating surfaces and allow a smooth and effective motion transfer. Bearings are the main component of various industrial tools and machinery. Bearings carry the manufacturing process's body weight and production load; without bearing, there would be no efficient rolling or turning of shafts. The Phoenicians first used bearings about 4500 years ago. Phoenicians used wooden bearings in the rudder shafts of sailing ships. In 1794, the rolling element ball bearing was patented by Philip Vaughan, a Welsh inventor and ironmaster. Also, in 1839, Isaac Babbitt invented a system of pouring melting metals into fixtures that supported shafts, and these bearings are still used today and are called Babbitt bearings.

Bearings are precisely sized and rated to handle different applications and design parameters. To support the sizing and rating process, manufacturers use multiple operational and physical criteria, which include: shaft size, environmental conditions, special performance requirements, the type and amount of loading, and rotary or linear travel speeds.

Metallic Plain Bearings are made of metallic compounds like bronze, aluminum alloys, sintered iron, copper, and many other compounds. By combining different metals together, the bearing can be hardened to withstand higher loading and speeds.

The main advantages of plain metallic bearings are:

Also, nonmetallic bearings have a lot of advantages:

Rolling Element Bearings consist of one or two cylindrical rows of steel balls or rollers placed between the inner and outer rings. Grooves are positioned in the inner and outer races of the rolling element to keep the system guided. A separator is installed to allow lubrication and keep the rolling elements equally spaced. The earliest form of roller bearing discovered goes back to the year 40 A.D in the remains of the Roman Noemi ships in Italy. The first drawing of a roller bearing is credited to Leonardo da Vinci in 1500 A.D. Roller bearings handle moderate to heavy loads and can handle high-impact and shock loads. Because of the increased rolling contact surface area, roller bearings face less elastic deformation than other bearings. Roller bearings are divided into four major categories: cylindrical—needle, spherical, and tapered.

A needle bearing is similar to a cylindrical bearing but has a smaller diameter-to-length ratio. A needle bearing can handle heavy radial loads in minimal radial space and provides a low-friction rolling bearing. It is designed to handle high-speed and heavy-load applications.

A spherical bearing consists of one or two rows of rollers in a spherical outer raceway. Spherical roller bearings are designed to withstand high radial and thrust loads. Spherical bearings have barrel-shaped rolling elements with flat ends and curved profile diameters. Also, it is supplied with straight or tapered bores.

Ball bearings are a form of rolling element bearings that cost less than a typical roller bearing and are used in light to moderate loading applications. Ball bearings have a small contact area between the balls and raceways, enabling them to operate at high speeds with minimal fatigue damage and less heat generation. There are two types of ball bearings: unground and precision ground bearings.

Unground bearings are suitable for low rotational speed applications and thrust applications that don't smooth and are noise-free running. They are made up of low-carbon steel. The outer parts of the unground bearing are often zinc plated for corrosion protection or plated with black oxide for aesthetics.

Precision ground bearings are precision ground spheres used as rolling elements in a bearing system and are made of high-carbon steel. The surface is hardened for handling high load capacities. Precision balls are used in various applications ranging from ball bearing assemblies and precision valves to freewheel mechanisms and kinematic mounts.

To eliminate the need to select and assemble bearing components, plain and rolling element bearings can e available as solidly mounted units. When machined bearing seats in equipment frames are impractical, the mounted bearing can be used as they reduce friction. Mounted bearings are used in horizontal, vertical, or inclined planes, and the forces should always be directed perpendicular to the base. Mounted bearings come with two or four mounting hole bases. Two-hole bases are for medium-duty applications, while four-hole bases are for heavy-duty applications. When there is a need to dismantle the equipment or replace the internal bearing components, a split bearing combination can be used. It consists of a long shaft from which several components are directed.